This 4 Days Tanzania Lodge Safari tour goes to Serengeti national park, Ngorongoro crater and one of Tarangire national park or Lake Manyara national park depending on which will be selling better viewing of animals at that particular time. You have high chance to see all big five while having short time in three big national parks of the northern circuit.

We would pick up you from your hotel after breakfast to visit the Lake Manyara National park, which stretches along the 600 m high Rift Valley Escarpment: and is a good spot for combining the nature with adventure. The alkaline Lake Manyara is the center of attraction. Many water birds gather at the lake and more than 400 bird species are found in the park.

Its diverse vegetation supports to a large numbers of herbivorous and the carnivores ultimately. Some of the animals you would encounter here are the monkeys in the forest, giraffes and antelopes on the grasslands and elephants around the acacia trees. Manyara lions, lounging in the trees are a great sight to see in the afternoon drive. After your game drive is off, head to the lodge, where you will spend the night.

After breakfast you will drive towards the fertile crater highlands where the farmers grow wheat, corn and coffee. You will pass the Ngorongoro Crater before you reach the plains of the Serengeti National Park around midday. With short grass plains, savannah, thick bush, swamps, mountains and lakes and with Bizarre rock formations called Kopjes where the ferocious predators are often found and Annual Migration of wild beasts, this is one of the central attraction of Tanzania.

Depending on the season you will witness the migration of thousands of animals for which this park is famous for. More than 2.5 million mammals move from one eco-system to the other in search of food and water. On their way to Kenya they give birth to calves many of which are haunted by the lurking predators. Most of the mammals loss their life while crossing the crocodile infested Mara River.

But remember that, Annual Migration is an unpredictable thing, as it entirely depends on the rain pattern, but your guide will know where to find the animals and where to see them best. You will spend the night at the lodge.

Dawn is a good time to watch wildlife and so you will be up early to join an early morning game drive. You will return to the camp for breakfast before heading out for another game drive in the park. Here in the Seronera region you will often see wildebeests and zebras in close proximity of lions and other predators such as leopards and cheetahs. After a picnic lunch you will continue your journey towards the Ngorongoro Crater. Once you have reached the crater rim you will enjoy fantastic views of this 600 m deep collapsed volcano. You will stay at the lodge, situated on the craters edge or Karatu town.

After an early breakfast you will drive down the steep and narrow road that takes you into the crater. The slopes are forested but soon the landscape changes to savannah. Here the wildlife is just breath-taking and with a little luck you can observe the “Big Five” – lion, elephant, buffalo, rhino and leopard – in just a few hours. You should also see warthogs, wildebeests, zebras, hippos and some of the more than 500 bird species of the area. After a morning dedicated to game viewing and a picnic lunch, you will leave the crater in the early afternoon to drive back to Arusha/Moshi, where you will arrive in the early evening.

The choice of accommodation available is mid-range to luxury grade tented camps and lodges. Accommodations mentioned below are subject to availability on the date of booking. We will suggest alternatives in case above mentioned accommodations are all booked out.

The price per person for group expeditions are fixed based on a group size. However, we have optional arrangements for individual private and tailor-made preferences best suited for you, your family and friends.Request for Group Prices

Based on individual tour preference, Bujo tours welcomes ideas and all sorts of clients’ options for their expedition. Our consultation team will bring your ideas and options creating an unforgettable trip. For your Tailor booking requests, please Contact us

We understand that some clients want their adventure expedition to be a private affair, so that it would enable them to spend some of their memorable moments with their near and dear ones at their own Schedule. Considering this, Bujo Tours organizes private journeys as well. For your private booking requests, Contact Us

Vehicles used are generally open roof 4WD Toyota Land Cruiser or Land Rovers, as they are most suitable to the terrain. For larger groups we use 4WD buses as it is more convenient for clients to be all together in one vehicle only, and it is also more economic and better for the environment. Drivers have been trained in customer relations, tourism-related topics, environmental issues and vehicle maintenance. They are very familiar with the routes we take.

Where is the best place to go on safari?

Safari in Kiswahili, the language of East Africa, simply means a journey. Today it is synonymous in English with a wildlife viewing adventure in the African Bush. If your primary reason for traveling to Africa is to experience an abundance of African wildlife in unspoiled wilderness, then Tanzania should be your destination of choice. Tanzania protects over 25% of its land through national parks and reserves, more than any other country on the continent. You simply cannot beat the wildlife concentrations found in Tanzania. The parks and wildlife reserves of Tanzania are inhabited by vast herds of wildebeest spread across the Serengeti savanna, huge populations of elephant and buffalo, as well as plains game and their predators. All these animals interact and roam freely, as they have for thousands of years. Here you’ll witness an incredible diversity of ecology and will find the vegetation and bird life as fascinating as the big game. This is the home to 90% of the film series produced on African animals. Tanzania also boasts a remarkable number of World Heritage Sites including Serengeti National Park, Kilimanjaro National Park, Ngorongoro Conservation Area, Selous Game Reserve (this reserve alone is the size of Denmark), Kilwa Kisiwani and the Songo Mnara Ruins.

When is the best time of year to go on safari in Tanzania?

Anytime is a wonderful time to be on safari. April tends to be rainy, but for the more adventurous travelers, we can arrange a private trip for you during that time. At Bujo Tours, we adjust our safari itineraries to take advantage of the best possible game viewing in accordance with the seasonal concentrations of wildlife.

What kinds of animals will I see on safari in Tanzania?

Tanzania is home to over 35 species of large four-legged mammals and has over 1000 species of birds. On a typical safari in northern Tanzania you can expect to see elephant, buffalo, giraffe, hippo, baboons, monkeys and a variety of plains game such as wildebeest, hartebeest, zebra, impala and gazelle. Most people see lions and hyenas, and possibly a cheetah or leopard. In Ngorongoro Crater you may see one of the few remaining black rhino to be found in Tanzania. You’ll undoubtedly see several different species of mongoose and some hyrax and other small mammals. If you’re lucky, you’ll see one or more of the smaller cats, foxes, wild dog or the more reticent antelope like lesser kudu, bushbuck, oryx or eland.

Will I have a chance to interact with the local people of Tanzania?

The vast majority of Tanzanians still live a lifestyle very close to their traditional lifestyles. Most people are subsistence farmers. The Masai people, favored by photographers for their strikingly colorful décor, live a pastoral existence following their herds of cattle to better grazing areas, still adhering to the traditions and ceremonies of their ancestors. Their villages are located throughout northern Tanzania. Other small tribes of hunter-gatherers, living according to their ancient customs and traditions can also be found in this area. At Bujo Tours, we consider the cultural component of any safari to be subtle yet essential. All of our guides are Tanzanian born. They are an excellent resource to help you gain greater insight into the local culture. We don’t promote specially staged dances and tourist oriented presentations. Instead, on most of our trips, we begin with a visit to a traditional village where you are welcomed as friends of Bujo Tours and Safaris into their lives and invited to get to know them as they get to know you. As we drive between parks, we pass many villages and Masai Bomas giving you further glimpses into the lives of the Tanzanian people. We also offer a special trip in which our guests travel well off the beaten path to spend time among the Wahadza people and observe their ancient hunter-gatherer ways.

What if I want a custom safari?

We would be delighted to work with you to help you and your family, friends or organization plan the best possible safari to match your interests and budget. We organize custom safaris for individuals, professional photographers, honeymooning couples, and families.

Will I stay in tents or lodges?

Our safaris offer a wide array of safari styles to suit your interests and budget. You can choose the standard accommodation. The cheapest and simplest option is basic camping. If you expect 5-star luxury accommodation, it is best for you to choose luxury lodges. Please see our brochure or the accommodations section of this site for a description of the different types of accommodations we use on our trips.

You will be pleasantly surprised by both the quality and the variety of the food available on safari. In most lodges, meals are served buffet-style so you can choose what you like. The food is prepared according to western tastes, with some curries and local cuisine included. Fresh meat and produce is procured locally and then prepared by expert chefs to the highest standards. Returning guests are consistently amazed by the meals we are able to prepare out in the bush.

How big are your safari groups?

Our scheduled safaris vary in size depending on the nature of the safari. We typically keep our groups small to allow a more intimate connection with the African bush.

Are safaris in Tanzania safe?

Today’s modern safari is a far cry from the rugged safaris of the past and the images we see in old movies. After a stimulating day of wildlife viewing, you can relax at comfortable, attractive lodges, with amenities like swimming pools, full service restaurants and en-suite bathrooms. Located right in the heart of scenic settings within wildlife reserves, the lodges and Safaris are close to nature, but not too close for comfort. Askari (night watchmen) patrol the grounds at night, just to make sure that all is well. Tanzania is one of Africa’s most stable countries, where you’ll receive a warm welcome from its gracious people. Every care is taken to ensure your health and safety on safari.

Speak to Our Expert

Speak to Our Expert 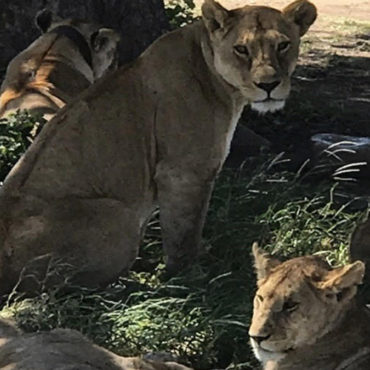 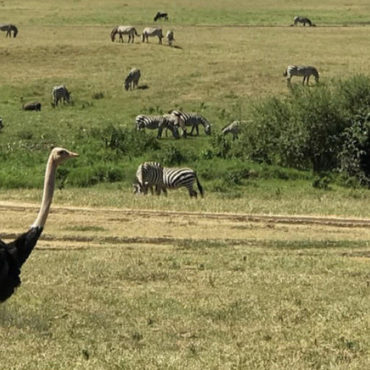 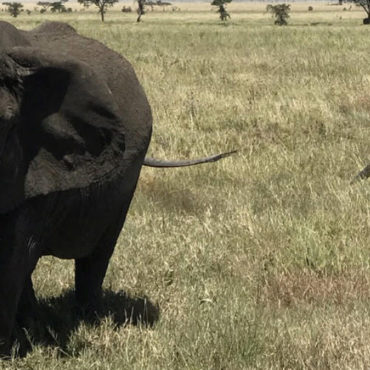